For almost 9 years she survived alone, the last of her species within hundreds of miles.  Seventy five years ago there were an estimated 450,000 lions on the African continent. Thirty years ago, it was estimated that 100,000 remained. Now there may be only 20,000 lions left in the wild, due to poaching, trophy hunting, and human encroachment with loss of habitat.

On our second trip to Zambia in October of 2015 we visited the remote and relatively rarely visited Liuwa Plains National Park. The park is about 1400 square miles in size. A bite smaller than the state of Delaware. On our last safari day, after a month in Africa, we were fortunate find and photograph the legendary "Last Lioness", Lady Liuwa. She has been the subject of several documentaries.

At the this time the Lady was 13 years old. She has very distinctive scars on her nose  and she has been collared in attempts to track her range and avoid her being poached.

In 2009, two males, and in 2011, two females were reintroduced to the Liuwa Plains. Only one male Nakawa, and one female Sepo, survived. In 2013, three cubs were born to Sepo (The name Sepo means "Hope"). Nakawa was found dead, poisoned, in 2014. Now Lady Liuwa heads a pride of five, she has "Hope" and three cubs to lead. The "Last Lioness" is not alone, 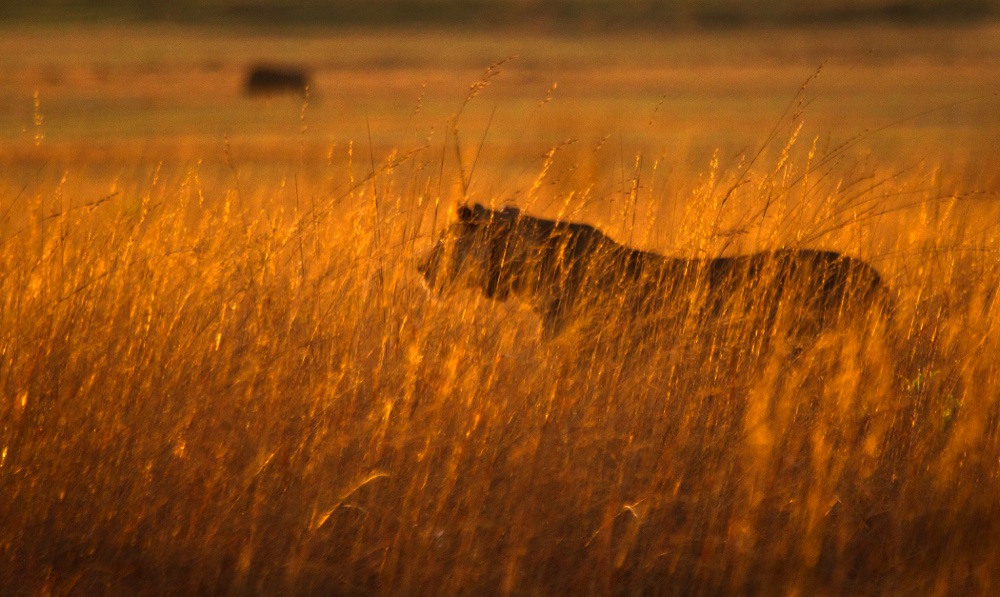 Cats are a social species and her years of loneliness led her to approach prey animals for what appeared to be companionship. Naturally the prey would see her as predator and flee.

She struck up a relationship with a photographer, Herbert Brauer, who was in Zambia filming hyenas. This interaction led to nice segment in the documentary "Love and Relation with Wild Animals". The segment on the Lady starts at about 38'30".

There's an excellent Nat Geo Documentary on the Lady: https://www.youtube.com/watch?v=7sos1AhDDXM